Last night, I dusted off the first of my HISTORICON 2016 purchases, a lovely MAORI WAR CANOE I bought from the Eureka USA booth at H’con.  The canoe is a representation of a giant ocean-going war canoe designed to convey a large war party from island to island in New Zealand.  This is a laser cut kit vended by Eureka.  I’m not sure if the kit originates with them or was created by someone else and Eureka just sells it, as the kit came in a plastic bag with almost no instructions.   None were needed, really– just a picture of the final model:

If that picture looks familiar, it ought to. Check out On the Seas of Tekumel, played last Saturday night at Historicon.

The kit wasn’t cheap, but not overly expensive either.  Just under 40 bucks.  Like the Viking Ship from Laser Dreamworks I built a while back, it is built in layers that stack on top of each other, building a hull with flat keel and high gunnels.  In addition there are scrollworked sidewalls, tail and prow to add on.  Glue might not be necessary but I added it anyway.  This kit is built for 28mm figures but I’m guessing 15mms will do just fine– my plan is to use it as a new ship for Big Danged Boats.

The kit assembled in about 30 minutes max.  I’m doubtful that it even needed glue, but I added some PVA glue (sparingly) here and there where it was needed, especially around the scrollwork.  The result was very attractive, and surprisingly sturdy.  My plan is to paint the hull portion a brick red and the scrollwork a bright yellow. 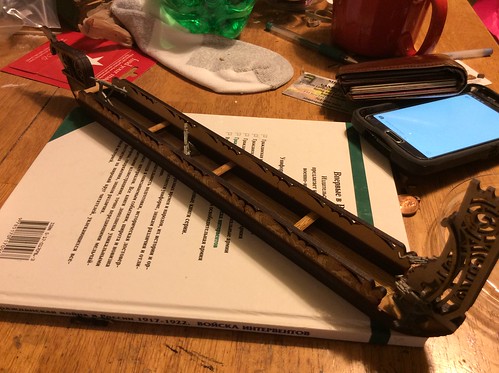 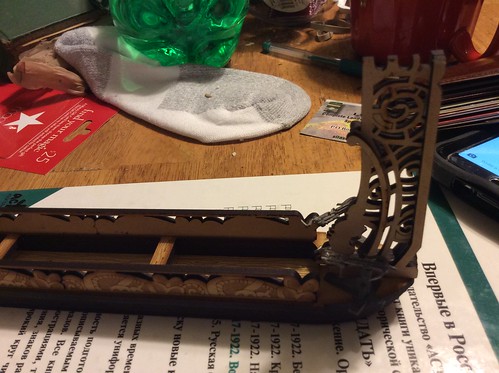 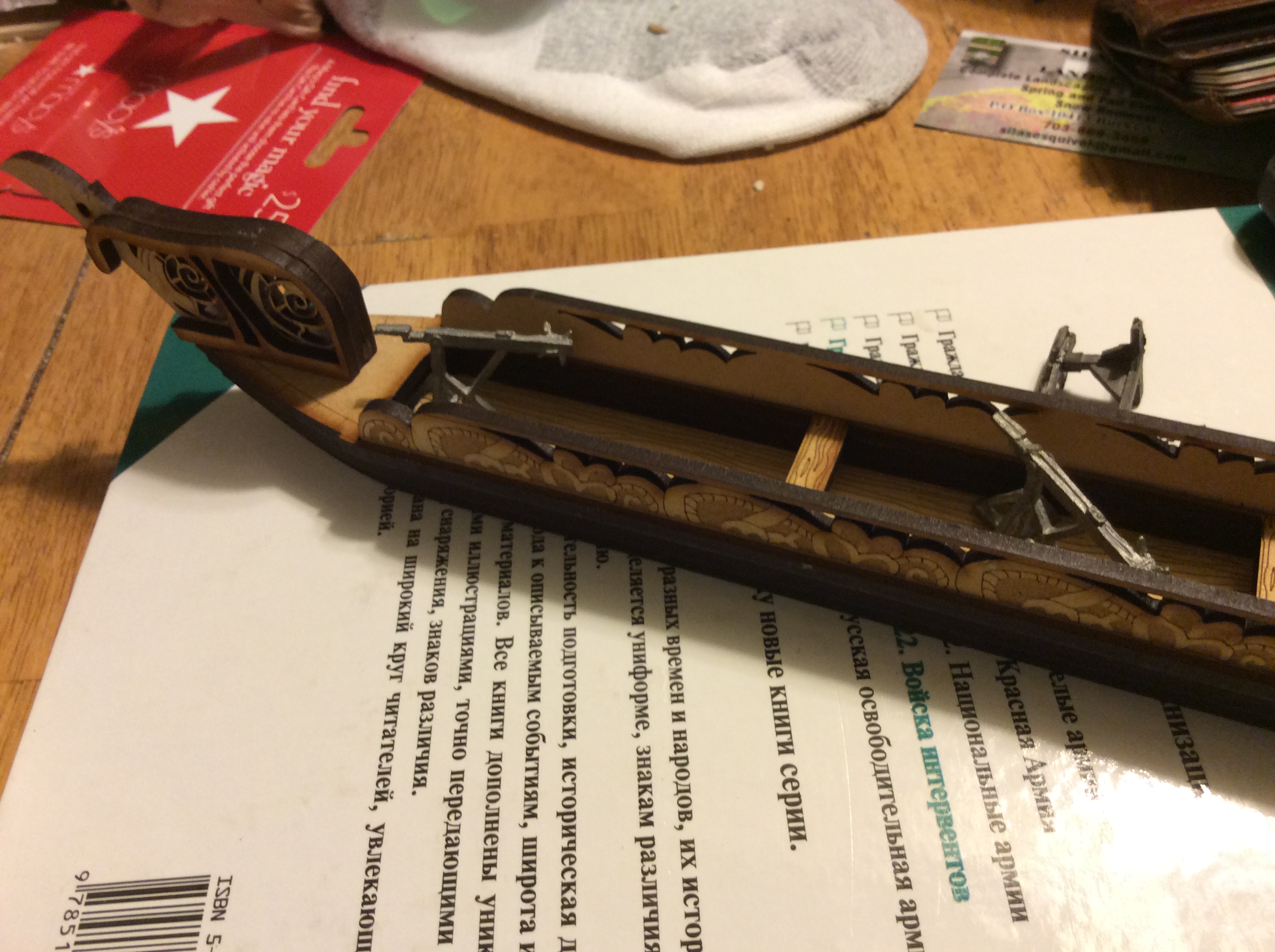 For armament, I’m going to install some 28mm scaled portable siege weapons, and have the two large ballista stand in as Harpoon throwers, and the two smaller ones as straight up ballistas. I might even mount a few swivel guns on the gunnels.

I’m not sure which BDB faction will get this, but one things for certain, this model is a beauty, and will look great on the table. I’m glad I bought it.