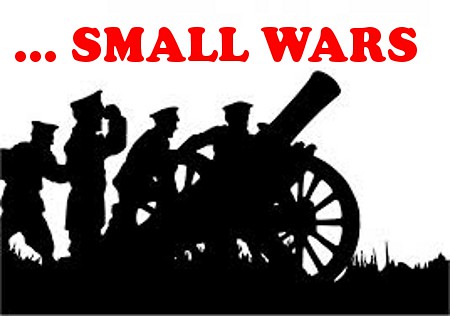 These arrived last night, about a week after ordering them overseas from http://www.15mm.co.uk/  15mm.co.uk is a figure distributor that focuses primarily on Science Fiction and Fantasy miniatures in the 15mm scale, which I am gaming in more and more these days.  I like a full battlefield.  Gavin Syme appears to be the alpha dog of that operation.

15mm.co.uk recently announced the release of some interesting figures.  A single man figure of the great inventor, Leonardo Da Vinci, both standing and riding on a pony (I’m guessing).  Concurrent with the Leonardo figure they released a 15mm scale tank based on one of the Great Builder’s most fascinating marginalia sketches:

Leonardo was and is famous for leaving enigmatic drawings like this all over the margins of his notebooks, which provides game designers and fiction writers with all kinds of ideas about armored warfare in a Renaissance age.  Sadly, there is no definitive proof that any of these more modern ideas were ever built.  That hasn’t stopped people envisioning it, however.  I have a 15mm Leonardo army that is pretty much all based for HOTT and painted up.. and suffers from a lack of opponents.   I have organ guns and hand gunners and even a glider.  The tanks were problematic.  I actually made one by using a Motts applesauce container (with a wood grain pattern), turned up side down and with craft wheels added on the bottom and a large bombard made from a craft wood bit.  The result looks pretty great, actually.. but NOTHING like the original drawing above.  I also tried buying a plastic kit, which looked pretty spiff but it is overwhelmingly large when used with 15mm forces.  Needless to say I was quite happy to see this advert from Gavin and company, and ordered a sample forthwith.

Some pictures.  The tank comes in two pieces of cast resin, top half and bottom. The cast was mostly clean with minimal flashing which came off with an exacto knife. I didn’t have time to do much with it last night, except glue the top to the bottom with crazy glue. The two sides bonded together reasonably well, but in retrospect it wouldn’t hurt to sand both sides that glue together with fine sandpaper to facilitate the weld a little better. The bottom and top halves are totally flat out of the box and might slide on you. Sizewise, the tank seems smallish next to a 15mm figure but it is probably more accurate than many models I have tried in this scale.

The Leonardo figure combination is of the Great Inventor standing and gesticulating with a drawing (tank blueprint?) in his left hand, as if he is displaying a handbill or trying to make an important point to either a fellow engineer or mercenary captain. I like this sculpt, it has personality. The accompanying riding figure is pretty much Leo riding on a very small horse or pony, giving off a somewhat placid feel.

Sizewise the Leo figure scales well with my Renaissance army, which is a combination of Minifigs, Essex and Rank and File. I think the Vexillia infantry might be a little too substantial but if you gave Leo a thick base he might look the right height.

This is a great addition to my 15mm Renaissance HOTT army. Leo will make a fine leader figure in either riding or standing incarnations. I’m going to keep my applesauce tank because of the heavy bombard. I’ve seen some representations of the classic Leonardo design with a larger caliber gun barrel (mostly in video games) but the tank by 15mm.co.uk is quite rightfully more “historically” accurate. So my applesauce tank will be the heavy siege gun that stays in the back field, lobbing shells, as my armor sweeps forward supporting the infantry. I plan to buy 3 more at least of the tank model, and I sincerely hope 15mm.co.uk plans on expanding the Leonardo Da Vinci line from this great beginning.