I admit, I’m an easy guy to impress with the “new hawtness”.  Marketing types call my kind of brain an “early adapter”.   This trend is somewhat dampened by the realities of cost and space to put stuff, but I follow technology developments avidly and sometimes wonder how new tech would impact my other big hobby, playing and painting with toy soldiers.

Now, 3D printing isn’t exactly new anymore nor is it unique and new to miniatures gaming. I’ve been buying onesie and twosie pieces off of Shapeways for a few years now.. not anything drastic because the price point still isn’t there yet– and won’t be until production costs can somehow go down.

What’s unique, and for as much as I can tell, new, is the effort that Forward March Miniatures is engaged in. They are producing, at a very small (2mm) scale, the ability to create a 1:1 army for games set in the Age of Gunpowder and Steel (roughly, from the late Renaissance to 1900-ish). 2mm has never been one of those scales that interest me in metallic form. The miniatures lack detail and are hard to paint. THEN, Forward March had an idea.. to create the printer format files for people to PRINT THEIR OWN ARMIES, and sell that.

For a nominal price (15 bucks, I think), Forward March will sell you the setup files you require to print out an ENTIRE ARMY at two mm scale. 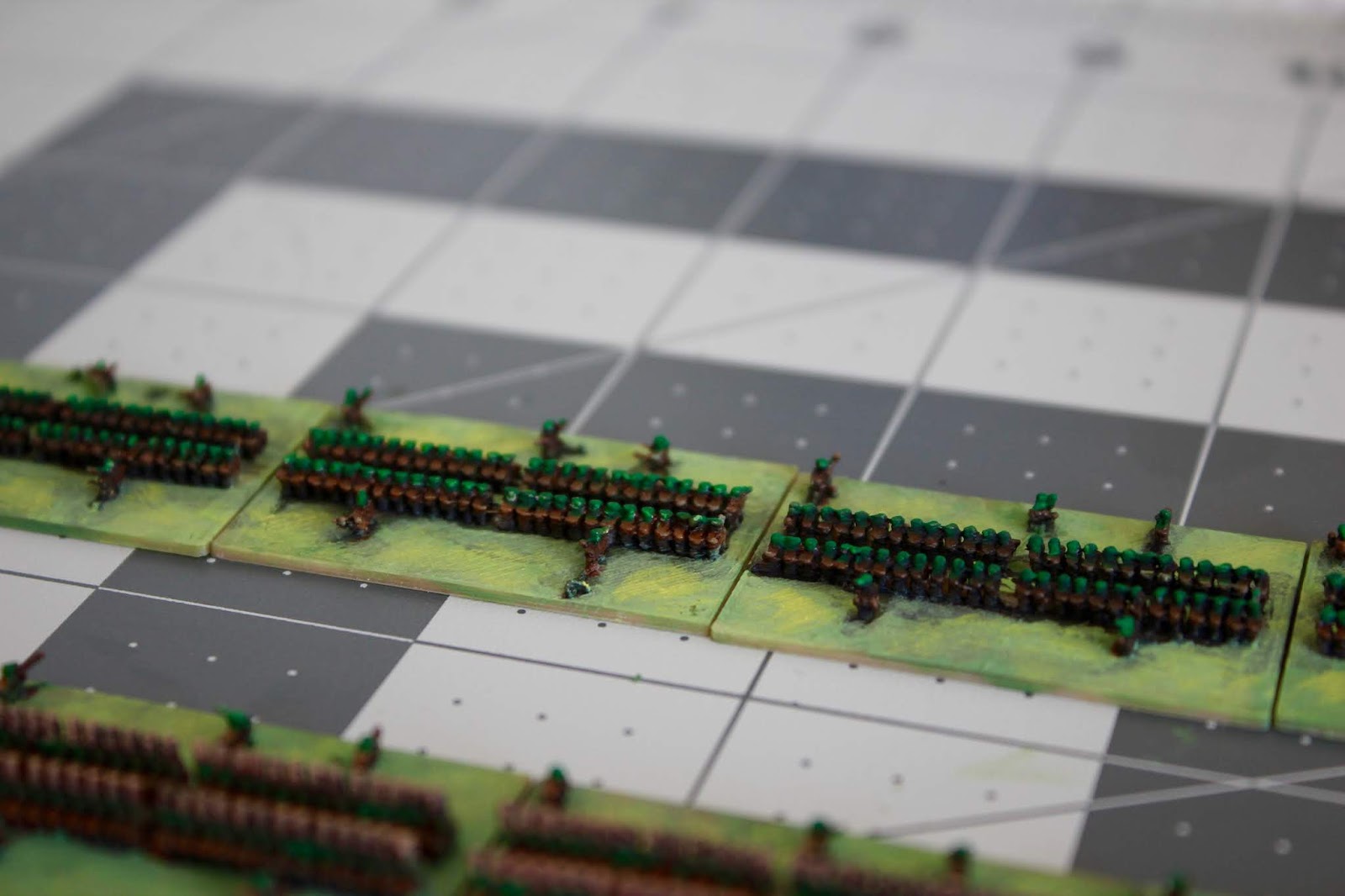 There really don’t appear to be a lot of variations here.. you’re either in line or column, or you’re in a small skirmish group, or a small HQ or Artillery square unit.  And so what about that?  Those formations pretty much cover most of the era of  linear warfare.  I don’t know for certain, but I don’t think they have “open order” or “Square” formations, but I may be wrong.  I do know you can print a skirmish unit as well.  And all kinds of cavalry.

I’m pretty excited about this idea, myself. One big reason I don’t get into big historical gaming subjects is that I lack the time, attention to detail, and often the money it takes to prepare events with big armies. Companies like Forward March Miniatures could change the game drastically by supporting 2mm. Not only could I rapidly and cheaply acquire a large amount of troops that are reportedly easy-peasey to paint and already molded onto their bases. From what I’m reading, painting is a quick pass with a brush, some stain to fill in the gaps and you’re kind of … done. With an army.. an entire army. That’s unique to me. Wargaming always plays games with scaling to represent people on the field.. This unit represents 100 men, that sort of thing. In 2mm, you don’t have such concerns. I’ve wanted to give Blucher and Maurice a try, so this is good news for me. Anything to speed up acquiring a decent 3D printer!