Day Three dawned with a continuation of FROSTGRAVE by request of the campers.  The older kids love it; they like the super tactical feel, the way spells can totally mess up a plan, and the “spatial” feeling a three dimensional tactical game can be with miniatures.  You can’t get that same feeling on a flat screen. 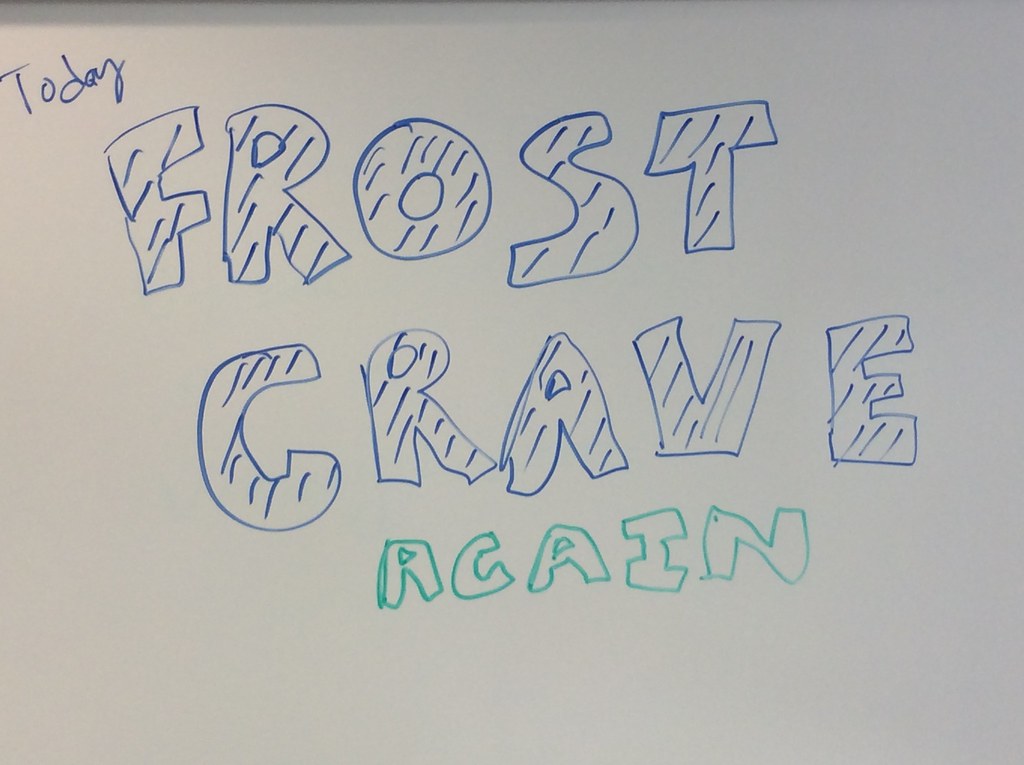 Naturally, any game I can leave set up and not have to worry about setup times is a game I’m going to like, too.good 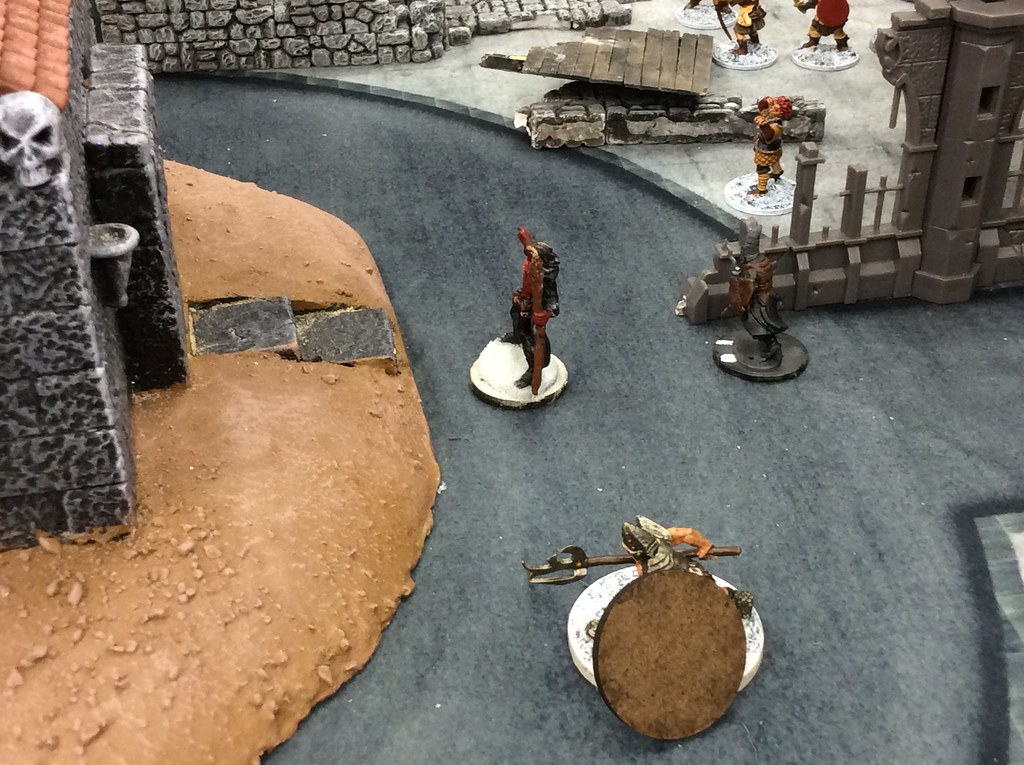 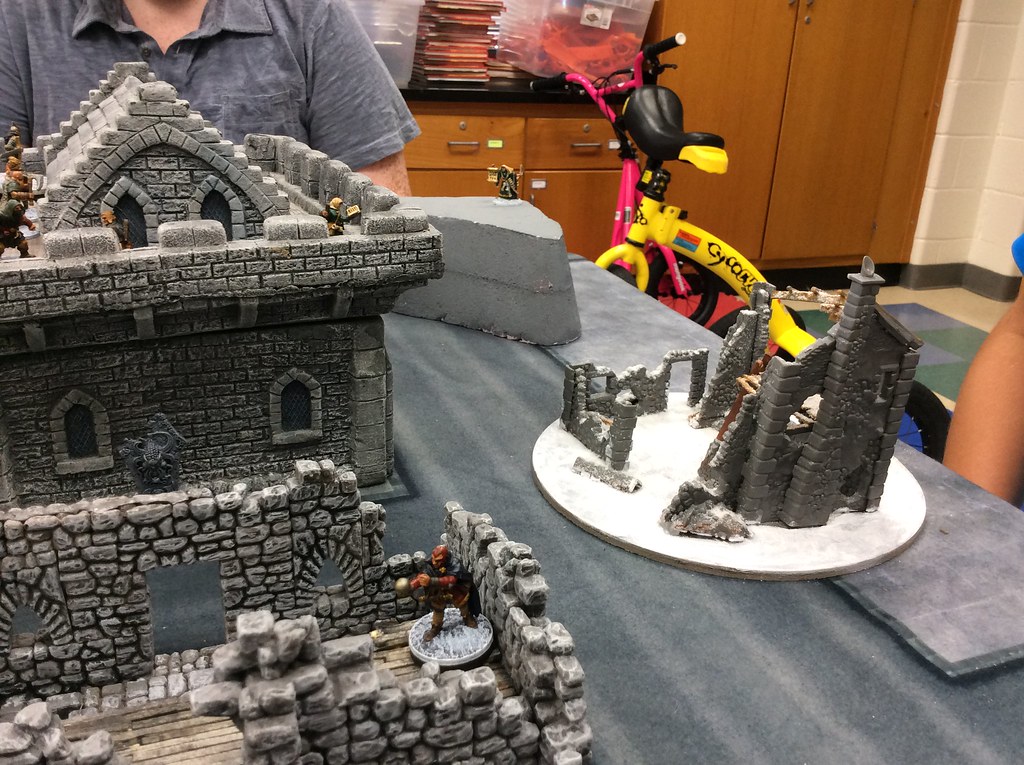 Right off the bat, both sides came on aggressively. The Good side got ensnared in the right corner with fending off the evil Sigilist and Elementalist (aka Johnny Flamehands). Our side was facing him with a good Soothsayer and a good Illusionist. The Illusionist somewhat dominated the right middle of the table. specatularly failing to cast a Poison Dart repeatedly so much that he was down 4 points. He redeemed himself when he was the second crew to visit the temple of Fundamental Evil in the dead center. Johnny Flamehands, the Elementalist, tried earlier in the game, and encountered a being so vile, so disgusting.. well, I’ll let the evidence speak for itself.

Don’t say I didn’t warn you! Anyway, there was indeed a Type III demon who was so messed up looking he caused everyone he came in close contact with had to check their Will at a big minus or run in fear. The Illusionist had a Transpose spell– he had tried it before with his Wizard and failed badly, so he tried it again with his apprentice and this time he rolled very high. By carefully placing himself to eyeball the contents within, he could see both the Type III demon blob and the Zombie that was standing behind it being controlled by the Elementalist.
Bam, ZIP! Guess what happens? 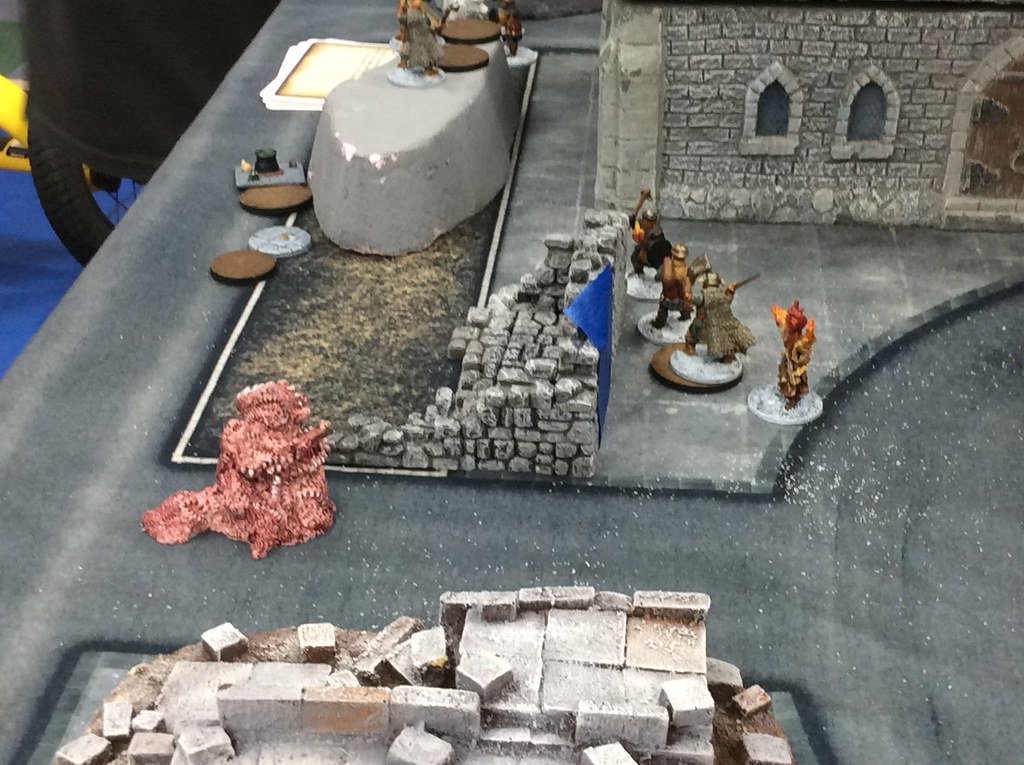 One EXTREMELY ANGRY, PEOPLE HATIN’ CRAZY DEMON who likes darkness transposed into the sunlight with a very confused zombie being blinked back into the temple! RUH ROH! Bad news for that Elementalist and his crew who happened to be standing right next to him, mouths gaping in shock and unspeakable horror!

We laughed for about 15 minutes.

That kind of changed the classification of the game from “Maximum Haul” to “Grab what we have and GIT!” Team Evil started leaving the left side of the board rapidly. Team Good had more distance and more leisure. We ended up calling the game and rolling up the treasure.. quickly, as the buses were coming. Team Evil won the day, but by less than ten points, surprisingly.

We also played the hands down, don’t argue with me BEST GAME IN THE UNIVERSE, Cosmic Encounter— you can tell I’m a bit biased. I sat in on this six hand game with Red Menace, Green Machine, Blue Meanies, Yellow Peril and Orange Crush. We create nicknames for our aliens by color (as you can see) so we had to settle on White Blight for me, since the cards came from an expansion set. I engineered a four way win (hey, I’m not ashamed) and it was a great time indeed. 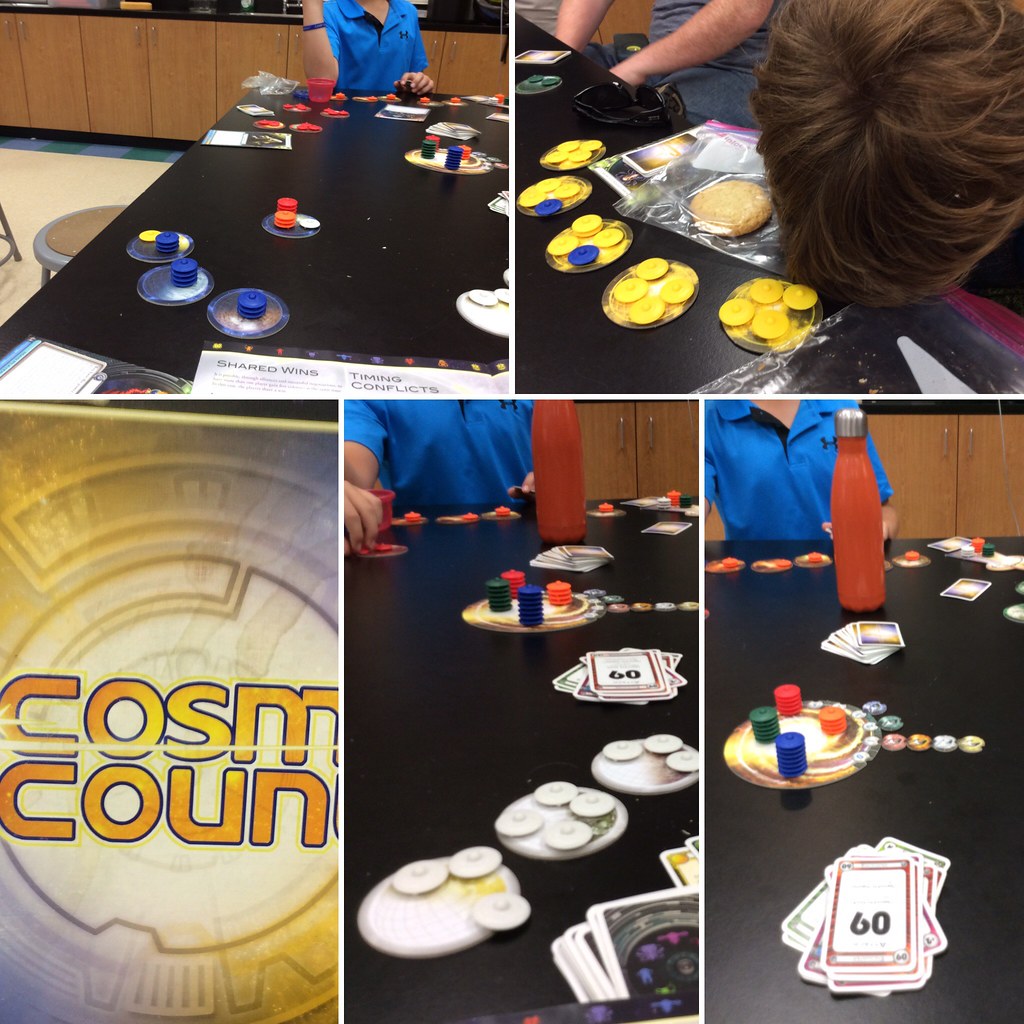 and a little documentary evidence about how canny these little dealmakers were getting by end of game.

Day 3 was great!  A most satisfactory continuation of Frostgrave and an epic game of Cosmic!