The new Guidebook App for HISTORICON 2017 has been published

Greetings, this is my second try. I don’t know why or how WordPress just ate my previous posts but here we go again. 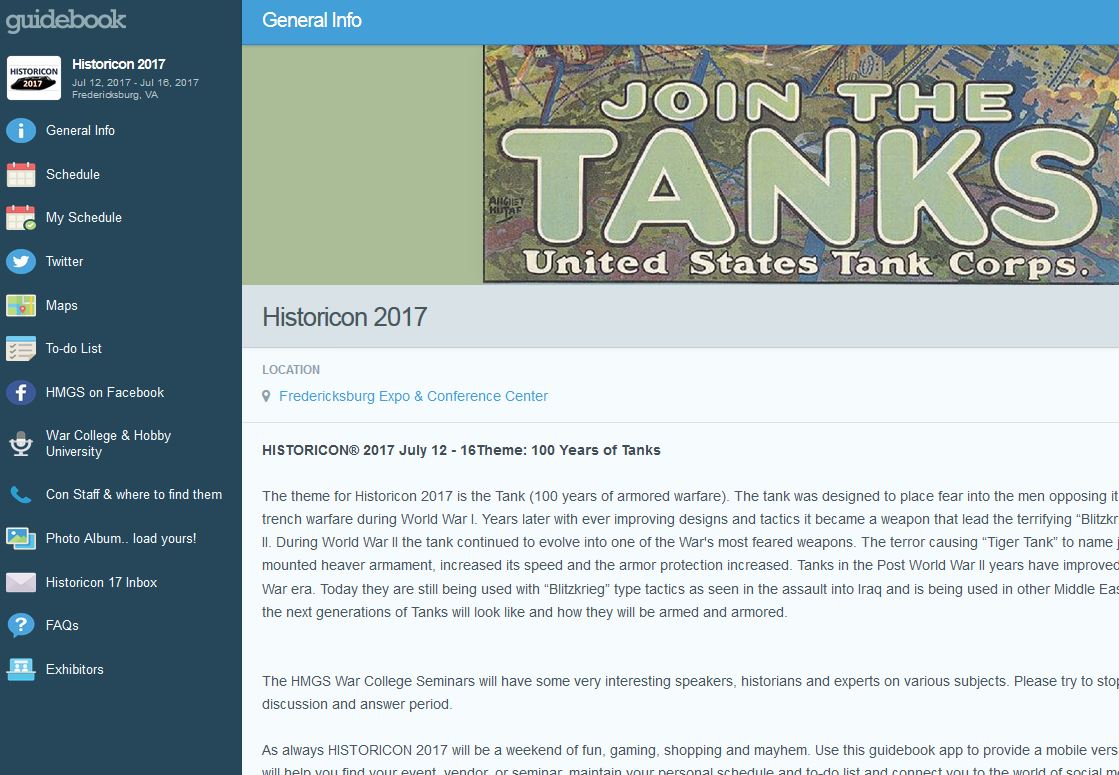 It’s that time of year. Historicon is upon us. You may want to use Guidebook, the elegant little convention directory app that works pretty well on IoS devices, Ipads, Android phones and any smartphone that can display a webpage.

Changes are pretty minimal in the interface (the part that the users see). The background content delivery technology is going through some changes, but most of that will be invisible.  General Info (front page, theme, address, directions) is the same, Schedule pretty much the same (and containing just Events and Tournaments this year).   My Schedule consists of events you’ve saved to your schedule.  Twitter works as before– you can live tweet during the convention.  I think the tags are #historicon #historicon2017 #hmgs_inc and #miniatures.  You’ll have to authorize access to twitter by the app itself.  Maps are the same, To-Do List is the same, and HMGS on Facebook points to the HMGS page on FB– you can post there from this app.  War College & Hobby University are now using their own list, making them easier to find.  Con Staff & where to find them is a list of staff leads.   Photo Album hasn’t changed, though it is underutilized.  Inbox is a way for con mgt. to broadcast to users in a hurry.  FAQs is a new list that I leached from the HMGS Historicon page.  Exhibitors hasn’t changed.

I know I have belabored the guidebook people taking the “Tracks” function away, but the addition of the new Seminars list has made it easier to compartmentalize events on Guidebook.  Schedule now just has Games and Tournaments in it, but you can sort tournaments out easily enough, simply by searching on the key word Tournaments: 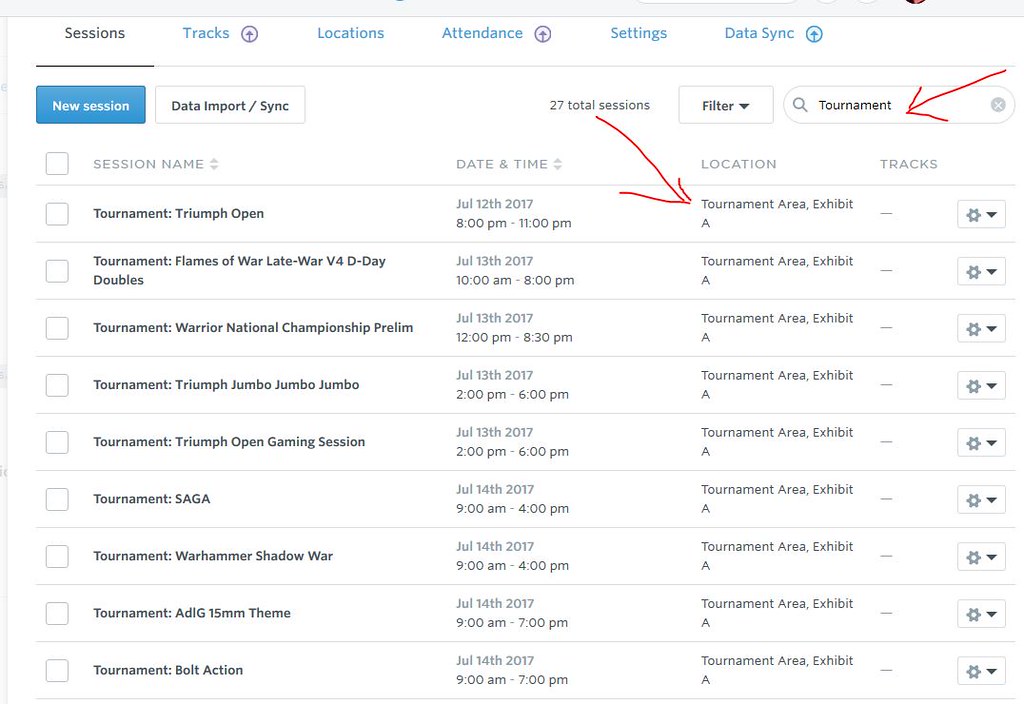 And that sorts out all the tournaments.

HOW TO GET GUIDEBOOK FOR HISTORICON 2017

Simple: the landing page for the IOS version, the Android version and smart phones is here.

The version on a web page is here

That should be enough to get you started.  Specific pictures of features are on other Guidebook blog posts on this blog (I’ve been doing this for a while) if you are interested.

People were emailing me saying they were having problems adding events to their personal schedules (the “My Schedule” item in the menu). I had to go back and turn check in ON, and republish, but that has it fixed. For review purposes, see the graphic below. 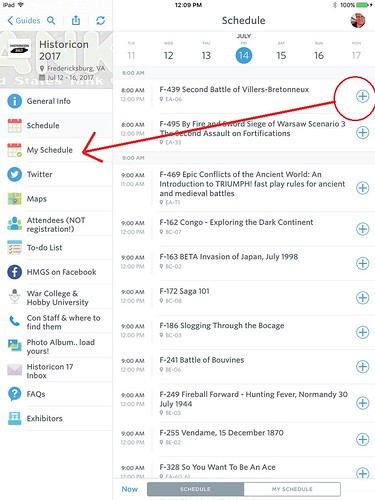 see the plus sign in a circle to the right of the event title? Click on THAT to add the event to your personal schedule. Enjoy the event!