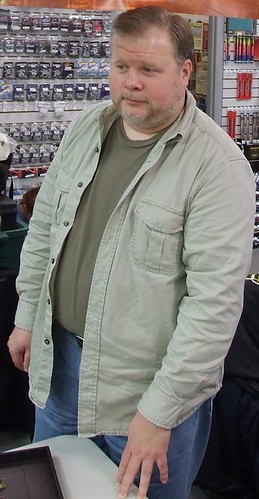 I received word on Facebook, which was later confirmed, that my friend Al Hayden took his own life this week. Words simply fail me. It was an emotionally devastating moment to come home from Cold Wars, wondering why Al had missed a convention local to him, to discover he was in the process of deciding to end it all.

I admit I blinked back tears when I got word from Scott Muldoon late Tuesday night.  Facebook Instant Messenger is not the best medium to convey the news that a mutual friend had passed on, especially by suicide, but what can you do, it’s the modern age?  Maybe the modern age is what did Al in, I don’t know.  His health hadn’t been very good in the last three years.  He seemed depressed.  I know his father had passed on, and his finances were, erm, in disarray more often then not.  Maybe he had taken a good hard look at his future prospects and decided to check out.  Who can say?  I think Al would have preferred to have lived in simpler times.  His abundant imagination was more at home in a world of Big Steam Powered robots and zeppelins than in the modern world.

I know that the advent of Obamacare hit Al pretty hard, he posted many snarky comments on Facebook about losing medical coverage and  how expensive it had all gotten for him.  Maybe he was simply out of options.  We’ll never really know.  I have no idea if he left a note.

What I do know is that the world is a much poorer place without Al Hayden in it.  We live in a world where everyone is on edge, trying to one-up the next guy, to get over on them, to show off and have the last word at someone else’s expense.  That wasn’t Al Hayden.  He was content to smile, nod and let  you make a fool of yourself.  He was a kind, funny and sensitive man.  Not to mention incredibly talented, endlessly patient, wickedly humorous and bitingly sardonic.  I’ll miss him.  I can hardly recall putting on a game in the early 00s without Al participating in it somehow, if it was a PA convention.  Victorian Racing Contraptions, Psychotic Bunny-Murdering Galactic police, Cowboys and Zombies, Big Stompy Steam Robots.. Al was usually “all in” and suggesting ways to make the game better.   Al was a kindred spirit, a great collaborator and a close friend. 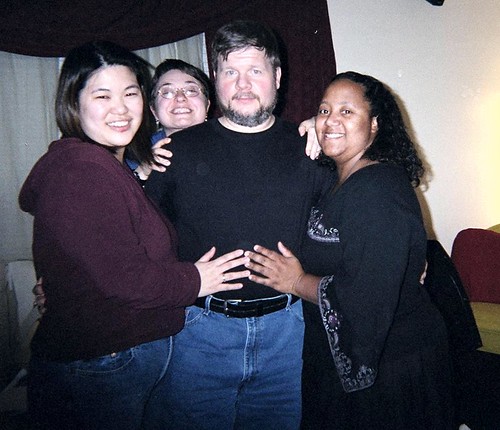 Al, I’ll never understand why you choose to do what you did this week. I really wish I had been around more for you,man, I really do. Go with God and may He bless you and keep you in His hand.