Courtesy of Meetup.com’s thriving Northern Virginia Pavilion group,  I received notification of a game night at Heroic Aleworks in Woodbridge, VA.   I had been unaware of this location until quite recently (through meetup, in fact), and wanted to give it a try.  Now, I like craft beer, and I like it a lot.. but not on a Thursday night during the work week, so I just limited myself to one sampler glass and a cold brew coffee.  Besides, I had my son (who is not 21) with.  I like this place.. the atmosphere is somewhat self-consciously nerd chic, with some obvious geek cultural references– 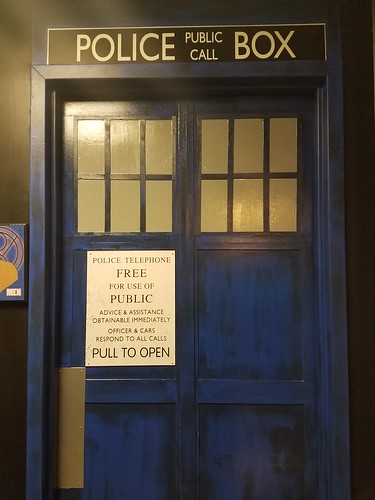 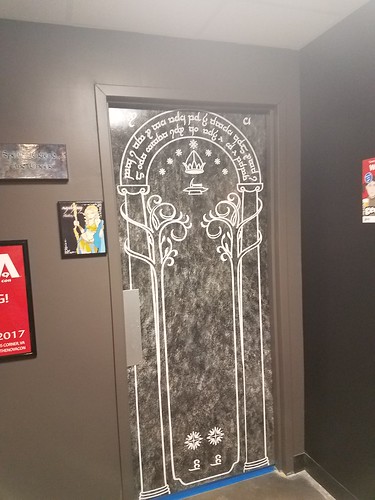 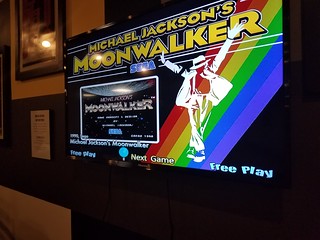 This was just fine with me and my son. The people there were very friendly– basically a handshake and my name was enough to start a tab. this place hearkened back to a friendlier, kinder way of doing business. 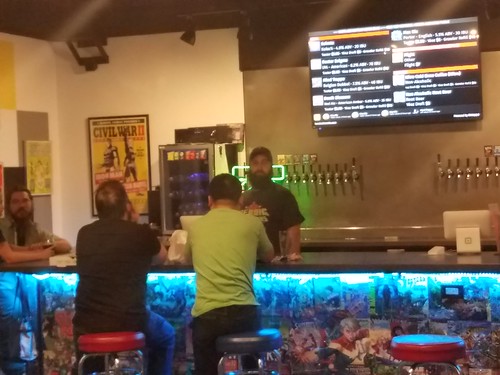 Most importantly, Heroic Aleworks has a keen awareness about the intersection zone between geeks who drink craft beers and other geekly hobbies, like comics, movies, and boardgames. The fact that they know their crowd this well and cater to it, has earned my instant customer loyalty. 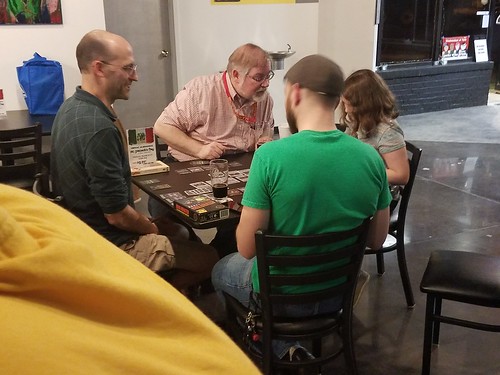 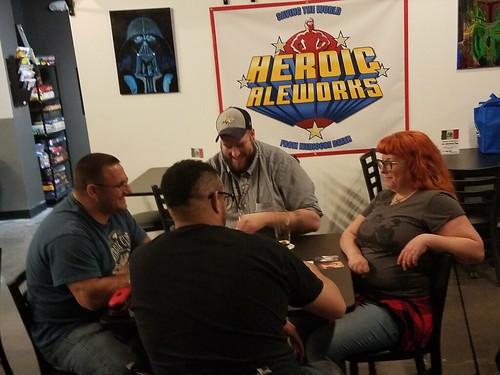 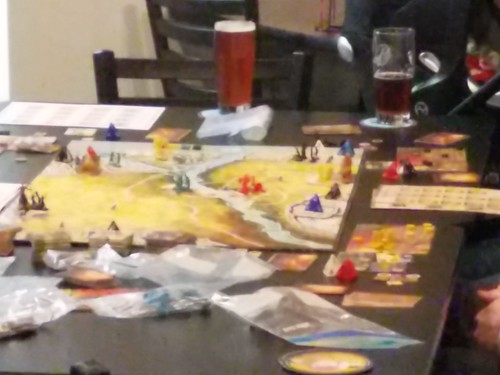 Garrett and I got there late– not my fault for once, he has classes until 6, so we were to get there at a little after 7, southbound traffic and all. Heroic is in a light industrial area, like a lot of microbreweries are nowadays (there are two of them in two similar facilities less than a mile from where I work). Thus, food can be a little problematic.

We had time for one short-playing game. I brought a few choices along with me, a mixture of two to four player short games. We ended up choosing STEAM TORPEDO: FIRST CONTACT, by Iello. I had played this at the demo booth at HISTORICON 2014 at Fredericksburg, VA, and not all the way through. I thought it was good fun, and idly put it on my Boardgamegeek.com Wish List– not for any motive beyond my own “remember this one and get it later” reasons. My Secret Santa for 2015 ended up getting it for me, and there it has sat, on the shelf, unplayed, mocking me.. “I’m steampunk.. I’m naval.. I feature shooty things… PLAY ME…”

Tonight was the night!

It turns out Steam Torpedo is a light and fun little non-war game. It reminds me somewhat of an older game called RED NOVEMBER. That is mostly a thematic comparison. Both games feature submarines, steampunky settings, and frantically running from compartment to compartment to avoid disaster. 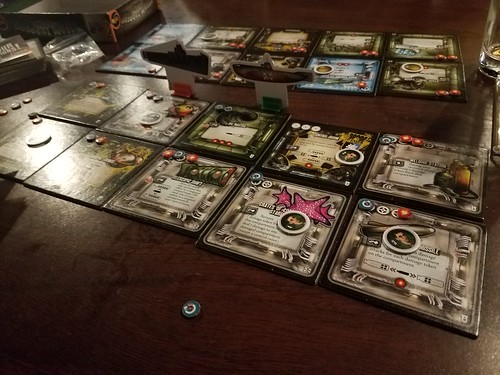 That is pretty much the point where the comparison stops. In Steam Torpedo, you use a series of tiles to create a custom submarine built up of modular components that do things.. shoot at the other sub, make your sub go, defend your sub, and fix your sub. Crew tokens make this stuff happen, and they do it by moving from compartment to compartment. 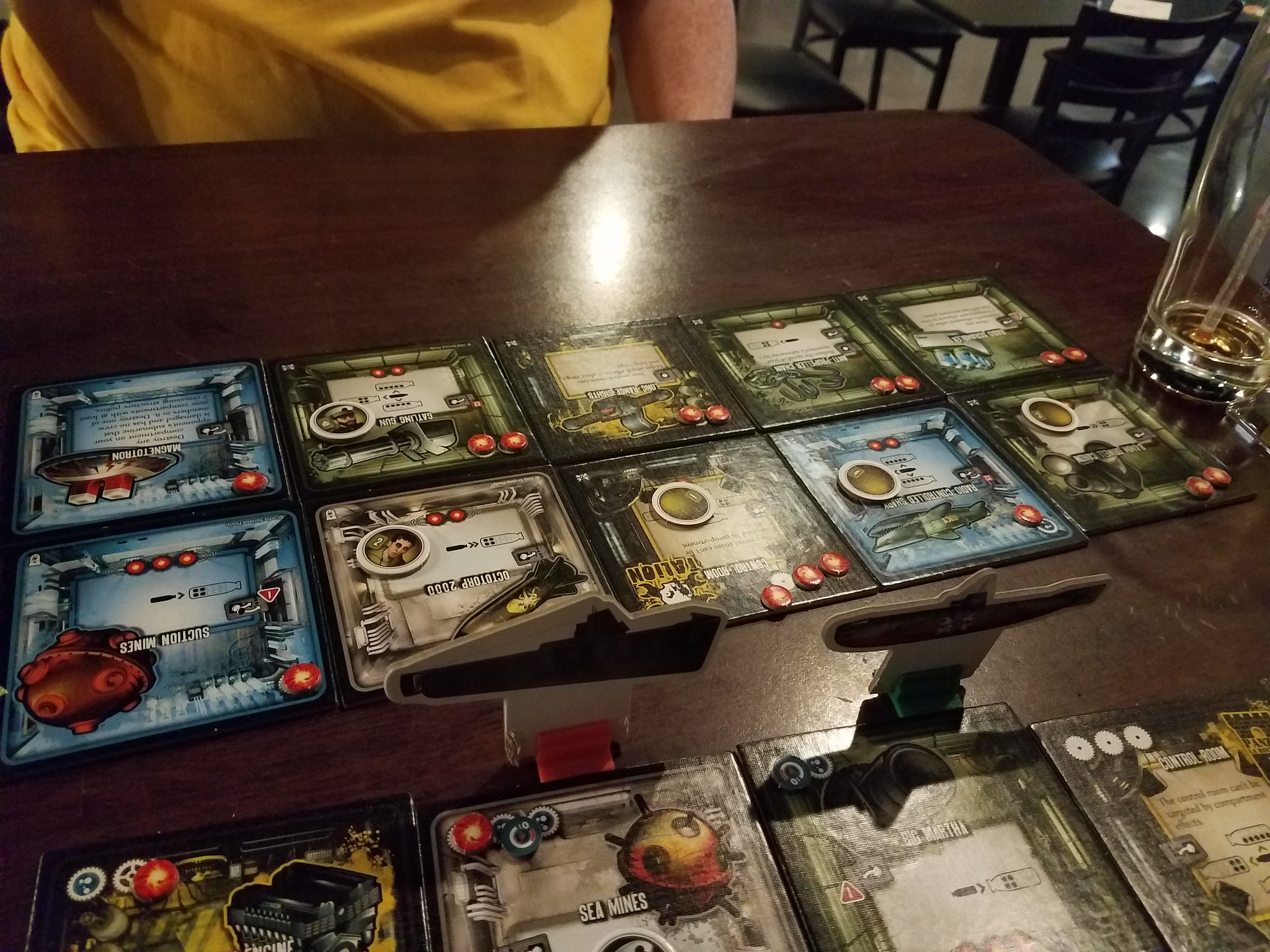 Complicating everything is the fact that each compartment is rated for structure and oxygen points– a finite amount of oxygen. Once you run out, your ship is done. Every TURN, you remove ONE oxygen from your ship.. somewhere. Every time a ship takes damage.. the target captain puts a damage marker (red) somewhere. Once you start using up the structure points for a compartment, it goes away (not in the physical sense– it ceases to function) 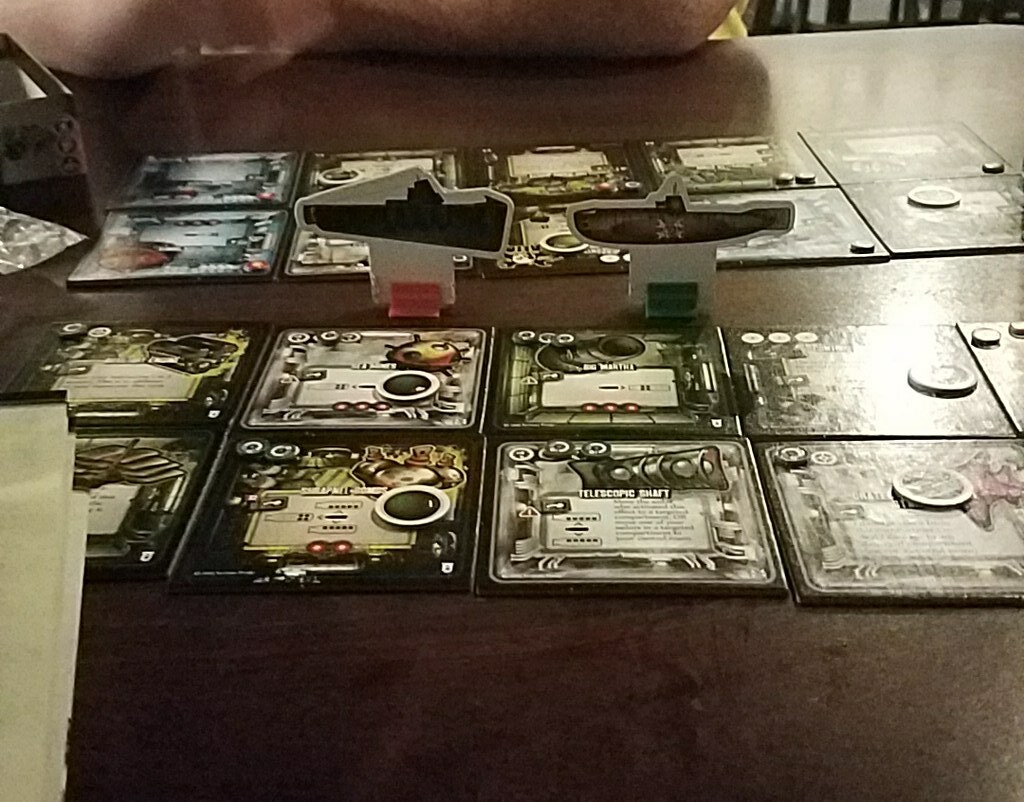 We ended up finishing the game about ten minutes before the event ended at 9 PM.  I pulled off a victory– not from any obvious tactical superiority on my part, it just worked out that Garrett’s design for a sub had more weapons than mine, and mine had more “fix your damage” compartments than his.   Thus, I was able to man both a “sandbags” station AND  a “welding station” to absorb most of the incoming physical damages.   I discovered since you have a finite amount of crewmen, it really doesn’t matter if you have a gigantic array of weapons.  You can only man some of them at any given moment.  So if your opponent has systems that allow his/her sub to avoid the initial onslaught of incoming points, gradually, the balance will shift and as they start taking out your systems in response with their one or two weapons that can activate, and you will be in a bad way to respond.

This event was a lot of fun– I like the location quite a bit but will probably have to leave early to get there in time to have something stronger than a sampler glass.  The folks there are very friendly and I like the decor, the root beer, and the way they cater to their crowd.  Good times!