Has anyone been following the latest trend for women’s health product advertisements? It’s downright creepy. Admittedly my sample size is small but these ads play quite a bit on television in the US (East Coast). First of all, there’s “Mybetriq”, which is a drug that allegedly helps women control overactive bladder conditions. In these commercials, we are subjected to a cute little animated bladder creature. It’s not mean or anything, but very insistent, torturing a woman by interrupting her garden parties, her bowling games, and other relationships and activities. 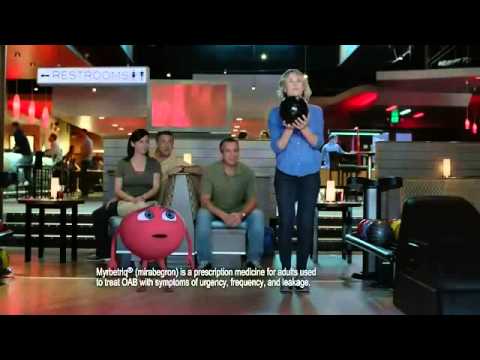 No bowling for YOU! 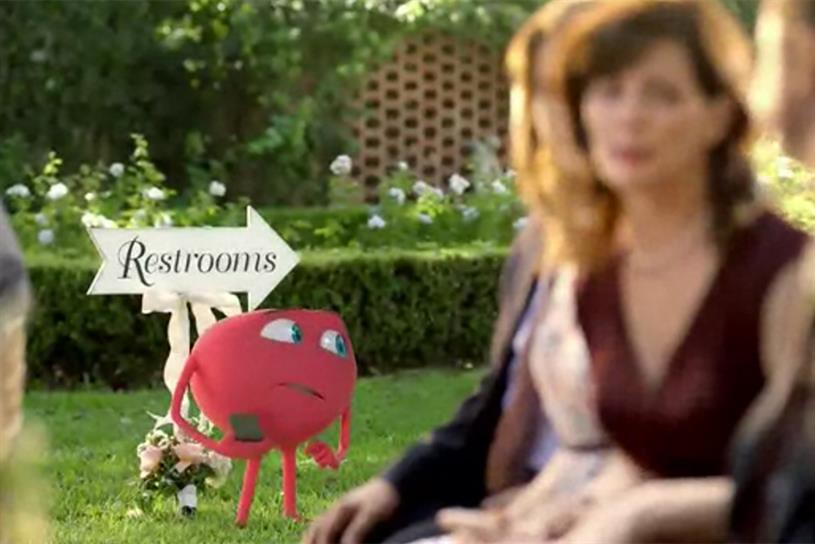 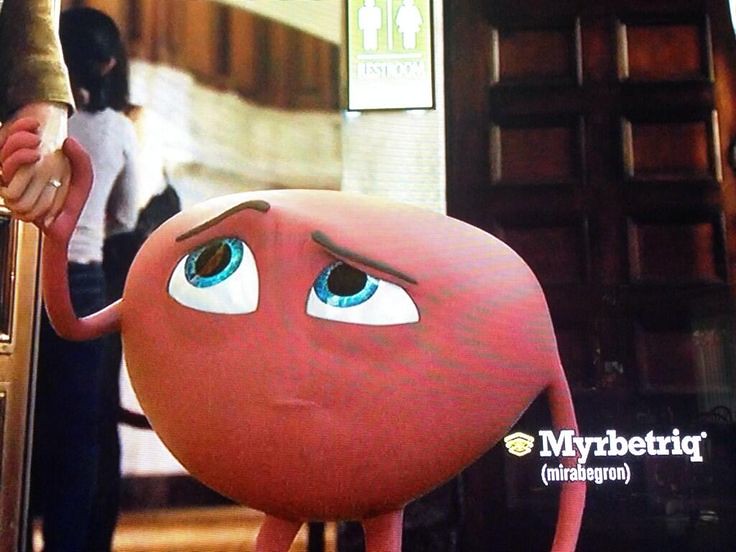 It’s not MY fault.. I don’t wanna be a MEAN lil’ bladder…

The creep factor is fairly high here.. she acknowledges the bladder beast as a being.. with rudimentary intelligence and needs, giving in to its demands with a suffering sigh. Even weirder, when she decides to “take charge” of her condition and consult a doctor (presumably a urologist), when he’s lecturing her, the bladder beast is in the room, sitting next to her, nodding along with the conversation. Like the bladder beast is included in the conversation. Ohhhh, creepy. Later, they are seen walking together, hand in hand, on the beach, looking at a beautiful sunset together. The implication is.. what? Happy Romance? Resignation? A new form of detente between bladder and human being? We don’t get the epilogue for this commercial.

My next sample is even weirder and more disturbing. This is a commercial for “Viberzi”, which is apparently a medication for women with frequently upset tummies. In THIS commercial, we don’t see an animation– instead the ailment is played by an actress in a nude colored body suit with intestines screen printed on the front. THIS ailment is a real bully. She cancels her victim’s plans FOR her, texting her regrets because she’s staying home with problem diarrhea. This Problem Diarrhea monster follows her around, doing things similar to the Bladder Beast from the Mybetriq commercial, ruining her plans, canceling things in advance, generally making her life miserable. Apparently she is doomed to living a lonely life. That is, until she, too, gets the courage to talk to HER doctor (presumably a gastroenterology expert).

Once again, the ailment monster is PRESENT, NODDING ALONG, during the medical consult. 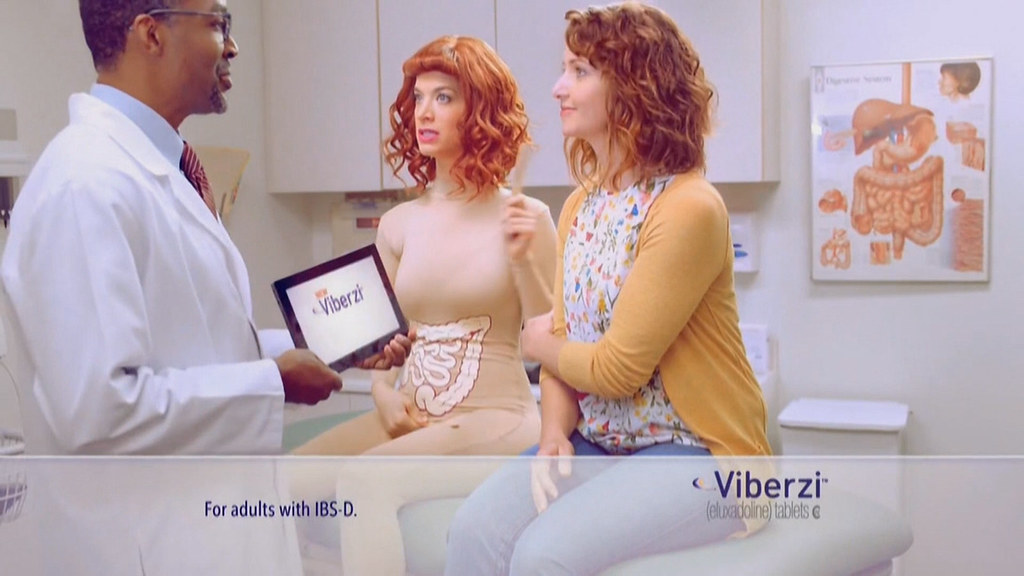 In closing, ma’am, I have to ask, who’s your hot diarrhea friend? Is she single? 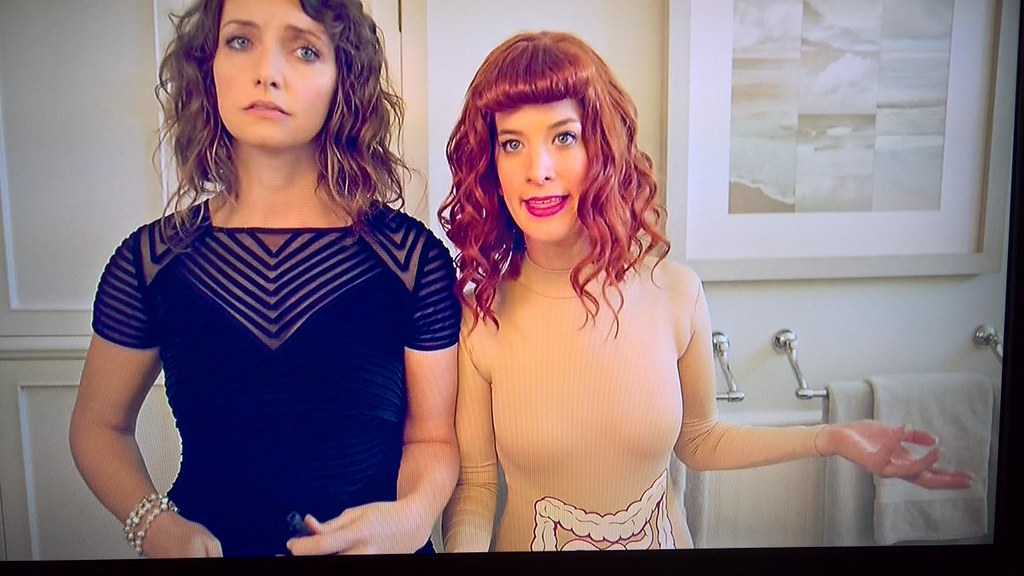 Going out? Nah, we’ll scotch that plan.. who’s in charge here? I am. Say it after me…

Once AGAIN, very similar ending here.. they walk on the beach, all happy now, but not holding hands (that might be too creepy). Later, as the victim is sparking with a young beau in a diner, Problem Diarrhea appears to approve of the man, as if giving her Problem Diarrhea blessing. Happy Ending, if you’ll excuse the obvious pun.

Aside from the very similar structure for both drug commercials, it’s the “intelligent ailment” thing that I find the creepiest. I can only speak for me, I NEVER have a conversation with my bladder or bowels. I know the ad companies here are probably shooting for something cute and socializing, but honestly, I don’t care for talking, thinking, anthropomorphic diseases. That’s a little too weird for my liking. But hey, I’m not a gal, who knows?