Wednesday and Thursday are pretty much “show piece” days. Big splashy games that have tons of prep and a really distinctive look. And they are silly.. very silly.

In that fine old tradition, I presented.. BIG DANGED BOATS, the cup and balls trick!

Normally I try to deliver something big and new for every camp, but this is a game that was specifically requested several times last year. I can take a hint.

So this is a variant of the old Orb of Power scenario, with a power mad Humans, Chinese Traders, Elves, Humans, Dwarves, and all kinds of Gnomes fighting it out with a mad wizard’s army.

The idea, of course, is that there’s a powerful wizard who has come into a significant MAGIC ARTIFACT (like they do) called The Orb of Command.    It’s hidden on one of the many outposts dotting the landscape, but the safe money is on the Wizard’s Castle at Red Bluff. 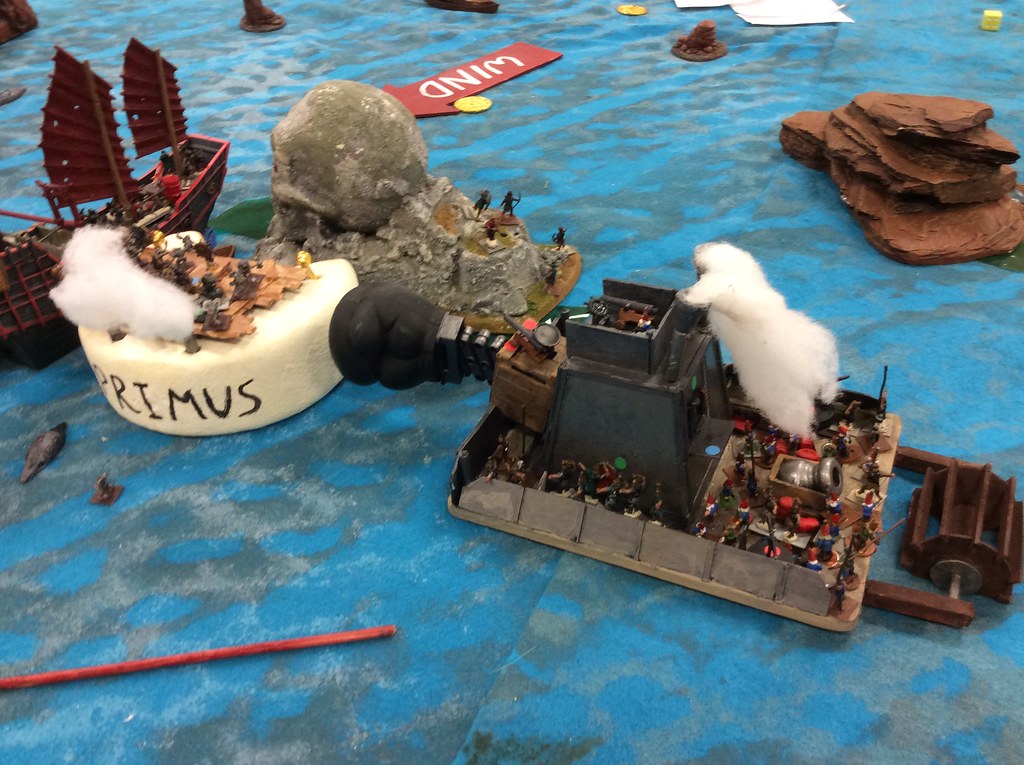 Of course, that’s the mission.  In reality, everyone just attacks each other.  It’s Chaos.

The Little People Flotilla just want to stay out of it. 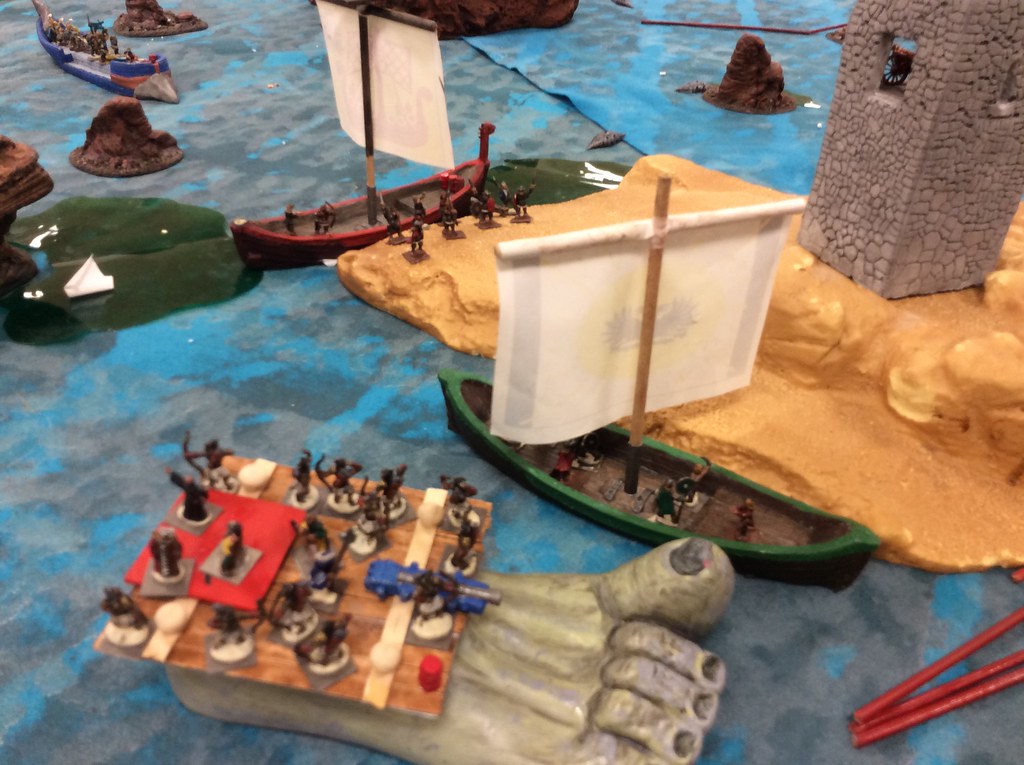 The Ragnar Brothers and The Foot of the Dead God (foreground) raid Piper’s Fort, and have a small victory.

We’re not quite done.  This is a game that goes slow with so many people so we’re only half way through it all  It’s the journey not the destination.  The kids loved it.

Rules wise, we tried the initiative system and discovered using Initiative numbers 1-10 is overpowering.  1-6 works.  I’m altering the rules accordingly.   Seasoned players (and yes, I have them!) think it moves the game along faster and eliminates a lot of vague notions of what to do next. I’m keeping that rule in the manuscript and will have Artscow make me some cards.

For the complete album, see this tag on Flickr: BDB-GC16