Wednesday, I put on a repeat of the scenario I created for HISTORICON 2015, “Ride That Fury Road”, which is a post-apocalyptic romp down a highway in pursuit of a giant fuel truck that may or may not be the answer to everyone’s dreams. We added in the factions in this game– Scrappers, Capture Gang, Lawmen. plus a lot of independents. The game, which isn’t over yet (more later) featured MORE metal carnage than previously witnessed, zero team work and zero mercy. Almost every player has cycled through at least two cars by now and some have had as many as three. To discourage the kids from getting pouty when their car dies, I encouraged them to all run more then one car or keep a replacement car handy for when the first car dies.

I didn’t get the cafeteria that I wanted but did get the Arts and Crafts room. We ran four tables down the length of the room. Not quite what I wanted, but it would have to do. It looked great!

The carnage piled up fast. This is not very forgiving game, and I told everyone that they would have to get over it quick if they lost their vehicle.. because everyone was going to lose one and many would lose many. 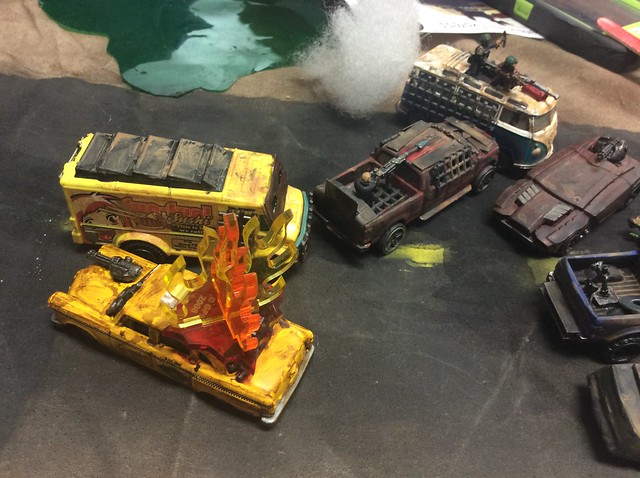 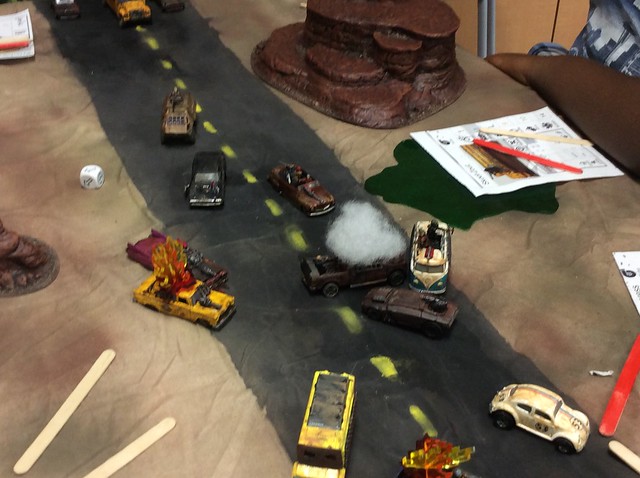 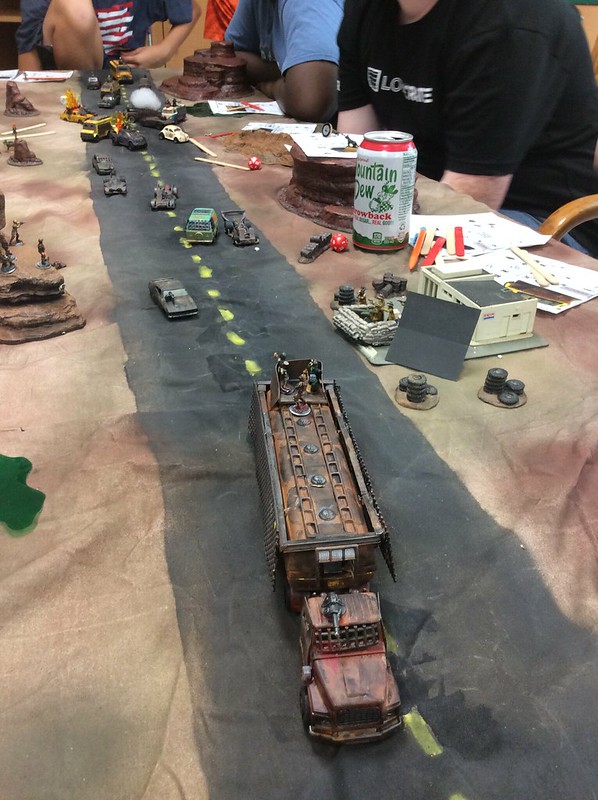 Early on, the Mystery Machine jumped into its new role as the “Evil Scooby Gang”. Reid released Scooby XXII (raised as a bomb dog) to run back and take out the Turtle, coming up fast behind it. BOOMM! the ensuing explosion fragged Turtle and damage the cars around it seriously.

But that wasn’t the bottom of the Evil Scooby’s depravity. They hit a new low!

At least he hit on one of the things traders want in the post-apocalypse. I wonder if Velma could have got more ammo for the Recoilless? 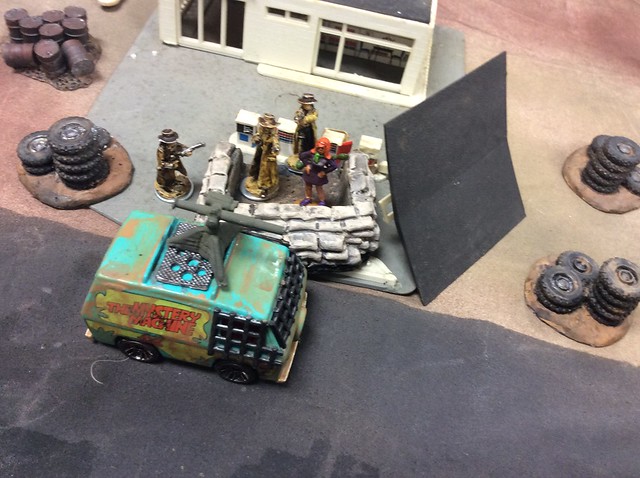 “Yessir, that Daphne’s a swell gal.. what a great deal!” 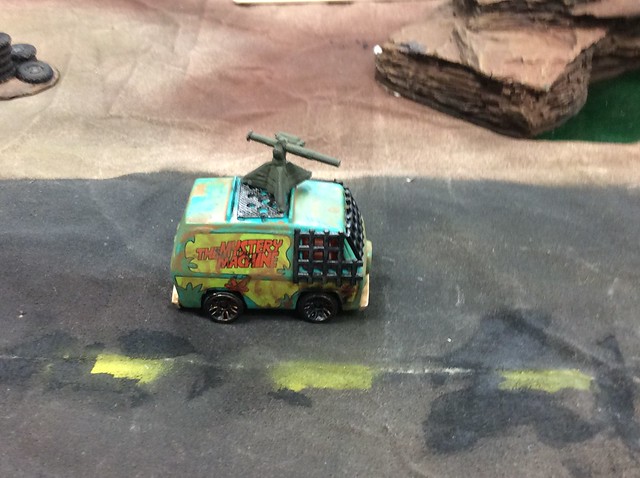 It’s a hard life in the Apocalypse. We played right up to 2:50 when I had to call it for time. Many kids requested we play this again tomorrow so I have left it set up in situ.

For an interesting slideshow of all the pictures from today, click on the picture below:

It was a great day, a great game and all the kids loved it.