As some of you might know, I converted Richard Bartle’s charming hand-gesture game WAVING HANDS into a miniatures game back in 2012, and ran it at conventions and at the Game Camp I run with generally positive reviews. As I am running it again next week for the Game Camp, I decided to tidy up the language (which still maintains some of Mr. Bartle’s references to what I consider a somewhat complex model of two-handed spellcasting) and no references to the random somatic card gesture mechanics I added in later. I think this is probably a simpler game than Mr. B. imagined, but it plays fast and works well with children. Full credit and respect to Richard Bartle for coming up with Waving Hands, the foundation upon which the Magi is built! 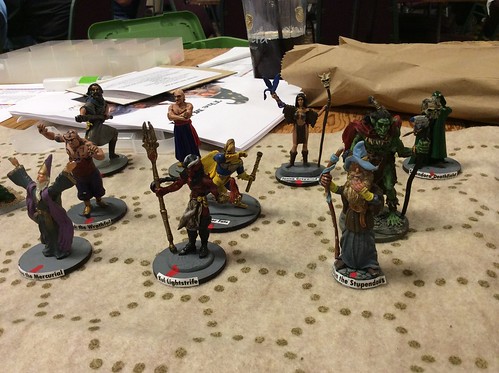