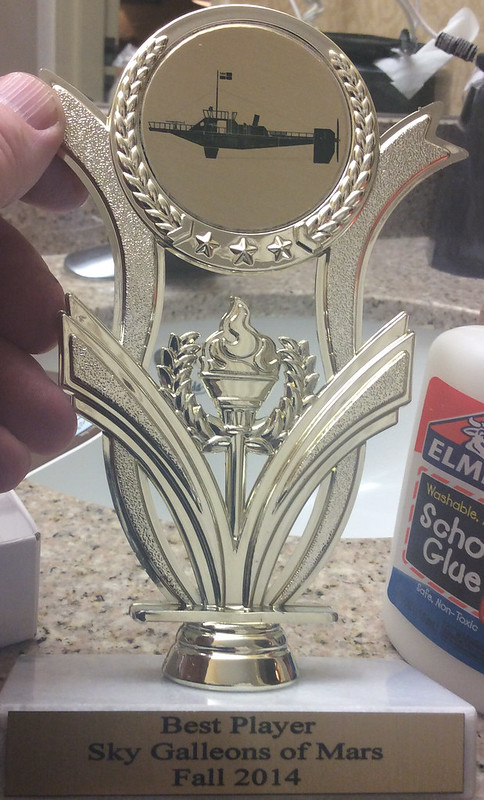 Usage: “yeah I was trilled to see that I had won the Best Player award for Sky Galleons of Mars. Then I realized it all just a Lancaster Tug Job when half of the players left early and I was only one of the three players left….”