So our last day was literally jam-packed as we attempted to cram anything we haven’t done yet in the remaining hours. I set up a Super Gigantic X-Wing Smack-down on two tables:

X-Wing Miniatures was pretty popular with everyone who played it. The Basic game can be taught in a few minutes and the rules are dirt simple. 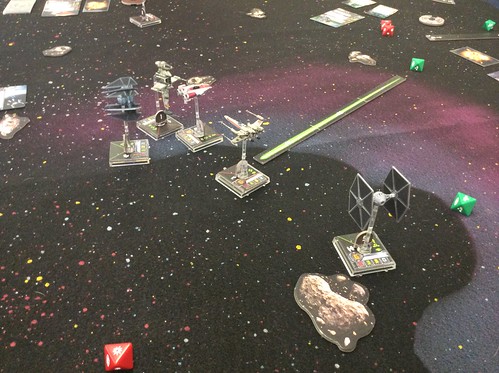 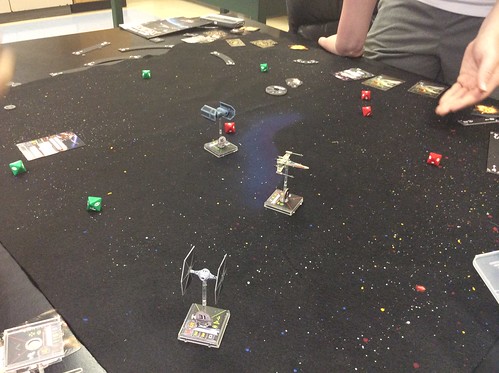 Once the kids got the nuances of planning where they wanted to be the next turn (and really, the turn after), the game was very speedy and I didn’t have to monitor it beyond a rule dispute or two. 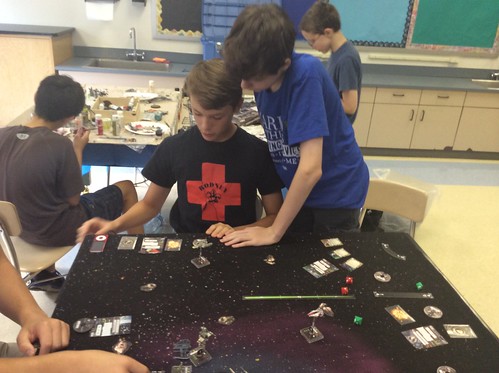 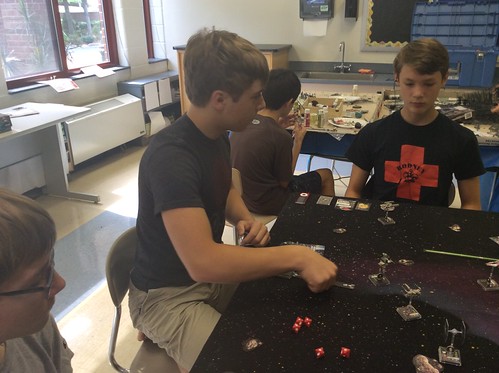 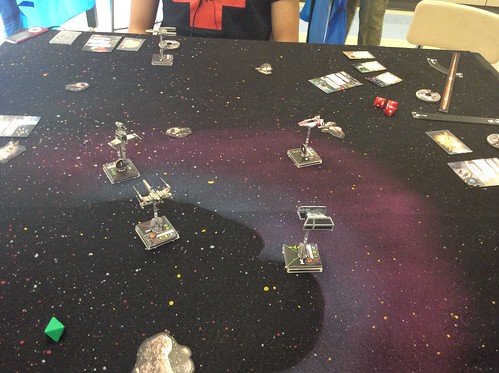 We ended up getting in a demo game of THE RESISTANCE during lunch, which is an old favorite of mine.  This is a game that has a similar vibe to WEREWOLF but doesn’t require that “Open your eyes, close your eyes” thing so much.  We played with two spies and 3 resistance fighters.  The Resistance won.

After lunch we played a game that has become traditional as the Friday afternoon closer. We had to 86 the notion of an ice-cream party as originally planned, since I was less one helper (Garrett was sick). So we played the game associated with Friday at camp, Zombietown USA.  This simple zombie apocalypse game was designed by our 2008 camp, and revised by the 2012.   You can pick up a copy here.  You need a handful of SWAT miniatures, a lot of Zombies, and a handful of dice and some sticks. 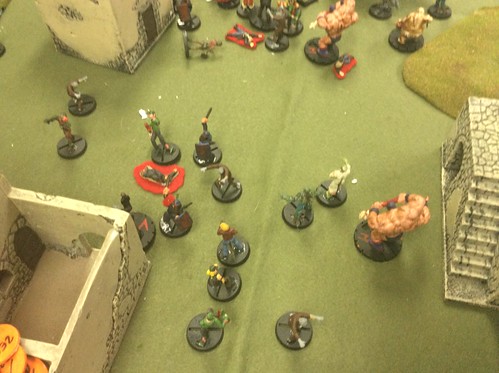 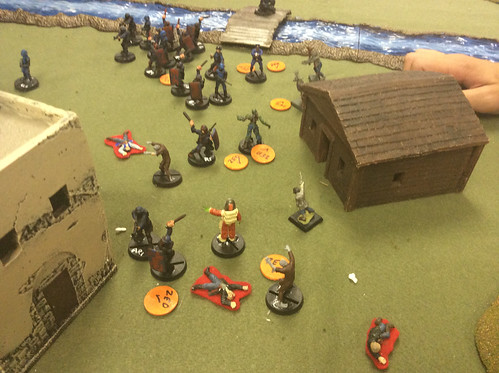 The end of Zombietown had most of the SWAT forces overwhelmed and overrun by Zombies. The SWAT team couldn’t make any headway.. they insisted on running from one point to another, and that kept generating zombies faster than they could kill them.

And that was Game Camp! A great week, great kids– all of them very intelligent and quick to pick things up. Everyone liked BIG DANGED BOATS very much, and some were excited about the idea of the game possibly being published.

I really enjoy running this camp every year, and have been doing it steadily since 2006. I will be back next year.