The END! of BDB that is.

Thursday was a fun day but very busy. BDB got voted in for a morning event to finish off the last remnants of the Day 3 battle. The morning session was basically to finish off some critical boarding actions and the final attempt at taking the Orbs. Needless to say, it did not go well for the Allies. Being young fellers with their bloodlust up, they concentrated on attacking each other while Gordon looked on in puzzlement. Cedric’s O.R.C. troopers finally got IN the tower but were overwhelmed by the Tower Guard. So Gordon “won” if it really matters. The session threw off my original schedule quite a bit, as BDB is a bear to put away– even with many little helpers. We managed, though, and it went faster with a lot of hands helping. I got things to a point where I could get the rest of it done quickly and Garrett set up and played Room 25 which was pretty much a group activity though not everyone played (It’s only for 6 players.. they need to make an expansion!).

We got BDB put and while I was grabbing a sandwich a spontaneous game of COSMIC ENCOUNTER started. I have no idea if the kids really KNOW how to play CE by the rules or not, but Gar knows it, and it seemed to be going well. 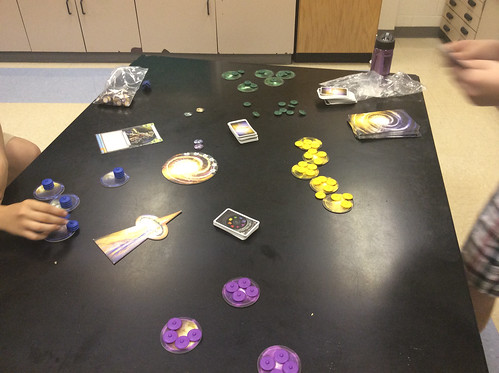 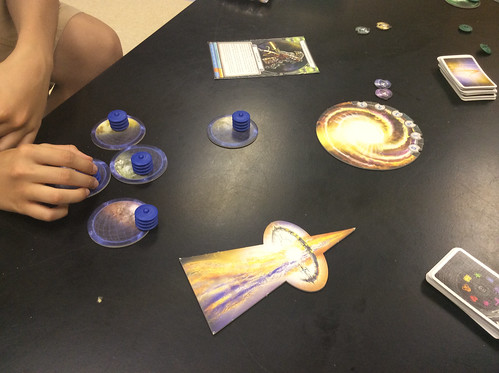 While that was going on more kids drifted away and started Painting with Mr. Chris Johnson, for which I was grateful for the visit. 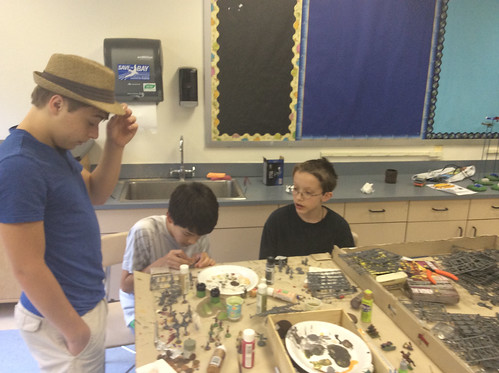 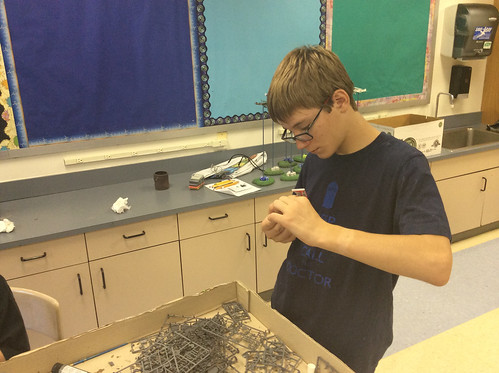 We were very fortunate, as always, to have some donations from WARGAMES FACTORY to paint with. The kids loved them and EVERYTHING GOT USED! Don’t believe me? Check it out here:

Our last event was running a game of X-Wing Miniatures. This was severely curtailed but played fast and furious like X-Wing does.

I tried to balance this one but I hadn’t played in a long while, and I suspect the Empire is truly doomed. No matter, we’ll run TWO simultaneous games tomorrow, but I suspect this might force me to cut out an Ice Cream party in the afternoon. Too much to get through!