Games: You can’t put the Genie back in the bottle 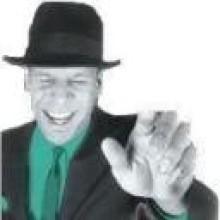 As far as boardgames are concerned, I grew up in a different era– an era of fewer publishers, offering in the aggregate maybe the same amount of games that get published today, but from a narrower range of publishers that often focused on the same subject matter.  Publishers tend to operate with a clustering approach towards markets, this is a phenomenon observed in more than one consumer product.  For instance, how many police procedural shows date back to the phenomenally successful HILL STREET BLUES and (more recently) the CSI collective series?  How many superhero movies have you seen in the past ten years after Spider-Man took off?  Repetition happens in every market, and gaming is definitely one of them.

Arguably the Avalon Hill Game Company started commercial wargaming in 1954 with the publication of Tactics, but the hobby didn’t really flourish until the late 70s and early 80s in my opinion, when we were seeing real giants of the genre being published– the Longest Day, Squad Leader, Up Front, etc. etc.  Likewise, a smaller company, TSR, had been publishing miniature wargame rules since the early 70s, took a gamble on a fantasy supplement to a medieval miniatures rule set called Chainmail, which begat a little game with tremendous implications, Dungeons and Dragons.  All this happened in the late 70s to early 80s, and the impact of it all was an explosion of novelty– new games, new ideas, new publications, new art– really, a whole new hobby.  As a teenager and young man, I ate this stuff up with a spoon.   The early 80s was a colorful era for gaming.   If giants didn’t exactly walk the earth, certainly an interesting cast of characters did– people like Gygax, Arneson, the Blume Brothers, Jim Dunnigan, Richard Berg, Lou Zocchi, Duke Siegfried and a host of other entrepreneurs, designers and  publishers trying to make a nickel and a dime on this explosively growing hobby.  They had one huge advantage that publishers of today do not:

It was all new back then.

Nowadays a publisher has two hurdles to overcome to make it in the publishing world.  The expectations of a newer generation who asks for everything bigger, brighter, newer and more distracting, and the heavy weight of a hobby that is no longer new and no longer as novel as it once was.   When you have 30 YEARS worth of published board wargames on a subject as eponymous as warfare in the Eastern Front of World War II, I fail to see how publishers think we will get excited about the latest (annual) published board wargame on the Eastern Front of World War II.  And yet, there they are, year after year, decade after decade now, games on the same subject with only a few acknowledged innovations in mechanics.

I don’t want to convey the wrong message here.  Games being made today are extremely impressive.  I had Tanga.com ship me a newer version of a game I adored when I was younger, Down in Flames (originally by GMT, now by DVG).  I played the earlier version constantly– forced it on my friends, they loved it and bought some of it too.. I don’t know what happened with this game and my expectations.  I think it was when the cards stopped being published in four color and started being published in full color.. around the time of ZERO! (by GMT, earlier version of DiF).  I just didn’t play that version that much, and the follow up Corsairs and Hellcats, went through the same flurry of enthusiasm only to be shelved forever.  Why is that?

Simple.  You can’t put the genie back in the bottle.

I’m beginning to notice a law of diminishing returns for games that are based on well-trodden themes or reprints from my nostalgic past.  I’m not getting nearly as much enjoyment out of them.  Simply put, you can’t go home again.  You can’t make the idea of a game you’ve already played 20 years ago new again, no matter how hard you try.  Games are different.  And YOU are different.  You have those years of experience behind you that colors all those purchasing decisions.  And playing decisions.  I recall another favorite.. the old plastic box Illuminati games by Steve Jackson Games.  We played the hell out of that when I was a youngster.  So much so that the boxes wore out and the cheap components got worn to nubbins.  So when SJG released ILLUMINATI DELUXE, with color cards and money on poker chips, sometime in the 90s, I snapped it up.  We played it a few times, but the game was starting to age badly.  I bought the EVEN MORE deluxe version, sometime in the early 2000s, and guess what, I’ve yet to crack it open.  It’s not as fast as I remember it being, and the jokes have all been told once before.  Either Illuminati has aged badly, or I have.

This past year, as recounted in an earlier post, has really been a banner year for me in terms of purchases.  I have bought more games this year than in the last 7 years (mostly because of Tanga.com and few good preorder deals).  And again, to be brutally honest, I’m slow to play them all.  That’s a huge stack growing down there in the basement, and I’m starting to reign this nonsense in a bit.  Because I suspect I won’t play them all, and some day, sadly, I’ll consign them to a flea market table or re-gift a few of them.  But I’m fighting it.. I’m fighting it hard.  Wish me well.

It’s hard to shake that feeling of “been there, done that” after you have been around a hobby ALL of your adult life.  New games and new mechanics definitely show up now and then and they create a craze that is big, big big for a while, like DOMINION and card drafting games (this just didn’t grab me) or STONE AGE and worker placement games (still fun– see my earlier Alien Frontiers review, but for how long?) or NAPOLEON and block wargames, or PATHS OF GLORY and card-driven, area-movement wargames (rapidly showing its age after 15 years).

I guess, like every other aspect of a consumer culture, games customers need THEIR ration of newer, bigger, faster and more colorful to make the industry work.  Me, I’d just like to put the genie back in the bottle and enjoy games like I did when I was 20 years old.